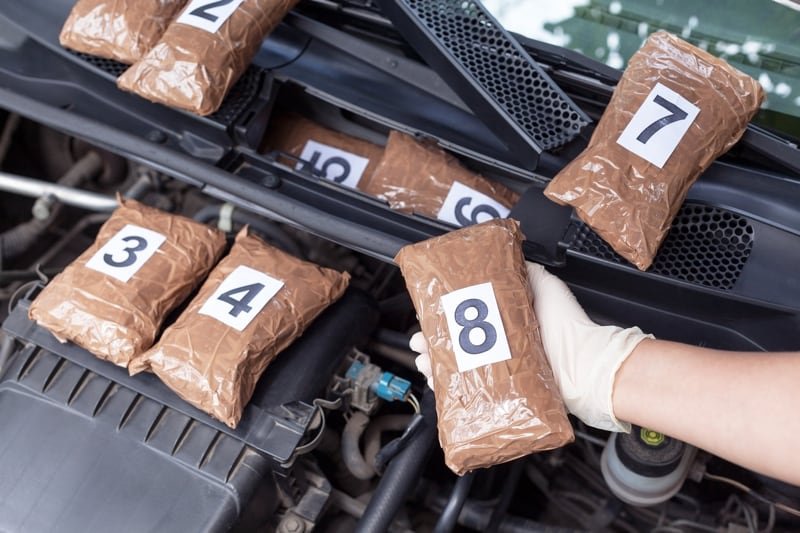 Trying to smuggle drugs from Mexico into San Diego is a bad idea. Not only is it dangerous, drug smuggling and trafficking is very illegal, and getting caught will result in a long prison sentence. If you are caught smuggling drugs across the California border from Mexico, it is essential to find an experienced and qualified drug charges attorney to help fight for your rights.

What is Drug Smuggling?

What are California Drug Trafficking Laws?

The laws when it comes to California drug trafficking is very clear. According to U.S. Code, Title 18, Part I, Chapter 27, anyone that knowingly smuggled goods into the United States that they should have been billed for or are illegal can be sentenced to up to 20 years in prison. In order to be charged with smuggling, authorities need to find that you are in possession of the smuggled goods when you are arrested.

What Other Criminal Charges Can Be Filed Against Me?

When smuggling drugs, you will be charged with much more than smuggling charges because of the illegal nature of the substances found. Additional charges include:

What are the Drug Smuggling Penalties?

Drug smuggling is a federal crime, and several different federal agencies will be involved in drug smuggling charges, including the U.S. Coast Guard, U.S. Customs Service, U.S. Border Control, and the Drug Enforcement Administration. The involvement of so many different federal agencies and the severity of the crime makes the resulting penalties for smuggling drugs into the United States very harsh. Sentences for smuggling charges can range from 26 to 43 years, with sentences based on a points system depending on the item smuggled, criminal history, and if anyone was injured. Since drugs are an illegal substance, the resulting penalties for smuggling drugs are on the stronger side.

If you are charged with drug smuggling or drug trafficking in San Diego, contact a criminal defense lawyer as soon as possible. A good criminal defense lawyer can help reduce your sentence or prove your innocence. The attorneys at The Law Offices of Elliott Kanter in San Diego specialize in drug smuggling charges at the Tijuana border and are ready to take on your case.

For more information, contact The Law Offices of Elliott Kanter to schedule a free consultation today.