Driving Under The Influence of Marijuana 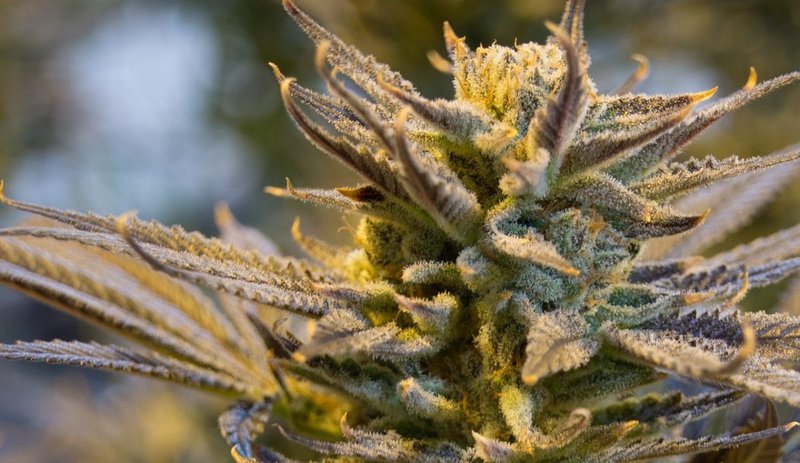 If you are high on pot and you’re driving in California, you can be arrested and charged with driving under the influence. Marijuana-DUI arrests – and serious traffic collisions and injuries related to marijuana intoxication – are increasing in this state and across the nation. If a person consumes any intoxicating substance, legal or illegal, and then starts driving, it’s against the law. Marijuana-DUI cases can be more complicated legally than cases involving alcohol because in California there is no “legal limit” for marijuana intoxication comparable to the 0.08 percent blood alcohol content (BAC) limit established for drunk driving.

Furthermore, unlike alcohol, the active chemical ingredient in marijuana – tetrahydrocannabinol or “THC” – remains in the blood and urine for days and sometimes weeks after the intoxication has faded. Whether they are high or sober, regular pot users – presumably including medical marijuana patients – will have some amount of THC remaining in the urine and blood at virtually all times.

Establishing levels of intoxication by marijuana is tricky and imprecise. In some states, such as Washington, lawmakers have set a controversial “legal limit” of five nanograms of THC per milliliter of blood. But here in the state of California, how does the law determine if a driver is under the influence of marijuana? It’s quite complicated, so if you are charged with marijuana-DUI in San Diego or anywhere in southern California, you’ll need to be defended by an experienced San Diego DUI attorney.

For now, California lawmakers have not established a legal limit for cannabis intoxication, and there is still no device such as a breathalyzer for measuring marijuana intoxication. When someone is prosecuted in this state for marijuana-DUI, in a typical case, the evidence will consist of police testimony – possibly including the testimony of a police Drug Recognition Evaluator or “DRE” – along with any video recorded by the police.

WHAT MUST THE STATE PROVE TO WIN A MARIJUANA-DUI CONVICTION?

In this state, you may be convicted of marijuana-DUI if you operate a motor vehicle while your driving ability is impaired by marijuana to the degree that you are cannot drive with the care and caution of the average sober driver – and if the prosecution can prove that charge beyond a reasonable doubt. Since the voters in California approved Proposition 64 last November, the possession of an ounce or less of cannabis for personal use is now legal for adults in this state, so California police officers are focusing on marijuana-DUI and looking for “stoned” drivers now more than ever before.

When a law enforcement officer in California pulls over a driver and suspects marijuana intoxication, that officer may have a Drug Recognition Evaluator dispatched to the scene. DREs are officers trained specifically to recognize the signs of driver impairment and intoxication.

The DRE will determine the driver’s BAC level, administer an eye examination, measure the driver’s pulse rate, conduct a field sobriety test, question the driver, and conduct other procedures if necessary. If a DRE decides that a driver is too stoned to drive, that driver will be placed in custody and charged with marijuana-DUI.

If you are convicted of a misdemeanor, first-offense, marijuana-DUI charge in this state – with no accident or injuries and no other criminal charges – you could serve up to six months in jail and three to five years on probation, pay a fine of up to $1,000, be sent to twelve weeks of DUI classes, and have your driver’s license suspended for up to six months. Also required for a first DUI conviction in Los Angeles, Alameda, Sacramento, and Tulare counties – and throughout California starting in 2019 – is the installation of an ignition interlock device or “IID” on the driver’s personal vehicle when the driver’s license suspension is lifted.

WHAT ARE THE PENALTIES FOR SECOND AND THIRD CONVICTIONS?

A second conviction in California within ten years for a misdemeanor DUI charge – whether it involves pot, alcohol, or any other kind of intoxicant – is punishable by up to a year in jail, a fine of up to $1,000, a two-year driver’s license suspension, and from 18 to 30 months of DUI classes. For a third misdemeanor DUI conviction within ten years, the driver’s license suspension increases to three years and the full 30 months of DUI classes are mandatory.

If a California driver who is intoxicated on marijuana is involved in an accident with injury, the penalties for a conviction are far more serious. A felony marijuana-DUI conviction can potentially send an offender to a state prison for up to three years. The offender can also be fined up to $5,000, ordered to pay restitution to victims, and face a possible five-year driver’s license revocation.

Those, of course, are only the formal legal penalties. Any driving under the influence conviction means that you will pay significantly more for auto insurance, and if you are employed as a driver, you might have to look for other work. If you injure one or more persons, the victim or victims have the right to sue you for damages in civil court, and if you are convicted of marijuana-DUI with injury, a personal injury lawsuit filed against you will probably succeed.

HOW CAN A DUI ATTORNEY HELP?

An experienced San Diego DUI attorney can review the evidence against you, protect your rights throughout the legal process, and advocate aggressively on your behalf. Your attorney will scrutinize the actions of the police to determine if your rights were violated. Any evidence gathered as the result of a violation of your rights can be thrown out of court. And if you weren’t driving or you weren’t using marijuana – if you’re innocent, in other words – your attorney will fight aggressively for a dismissal of the charge or for your acquittal by a jury.

If the state’s case against you is weak, a good DUI attorney may be able to have the charge reduced or entirely dismissed. On the other hand, if the case against you is strong and a conviction is certain, your lawyer will plead for reduced or alternative sentencing. You’ve heard the advice about DUI – “Don’t Drink and Drive” – many times. The same advice can be applied to pot. When you use pot, don’t drive, and if you intend to drive somewhere, don’t get stoned first.