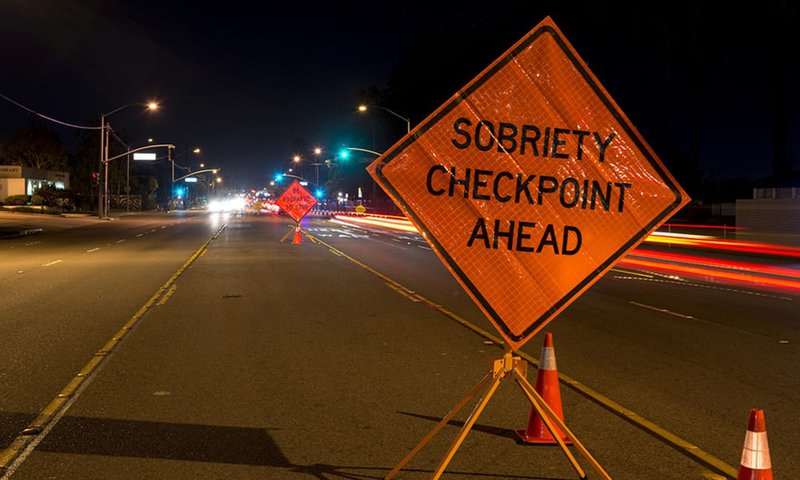 Law enforcement officers in San Diego County and throughout southern California are getting ready for one of the biggest drinking days of the year. That’s what Super Bowl Sunday has become over the last several decades. When the Denver Broncos take the field on Sunday, February 7, against the Carolina Panthers in Super Bowl 50 in Santa Clara, police departments in California and across the country will be “cracking down” on drunk drivers from Maine to San Diego and from Anchorage to Key West. Law enforcement agencies will be deploying special DUI squads, conducting numerous sobriety checkpoints, and making far more DUI stops and arrests than they usually make.

Every year on Super Bowl Sunday, drunk driving increases. The number of people stopped and arrested for DUI nearly doubles, and the number of DUI-related accidents, injuries, and fatalities on a Super Bowl Sunday is almost double the number on a more typical Sunday this time of year. In San Diego, the figure is even higher, and frankly, it’s alarming. On Super Bowl Sundays since 2002, alcohol-related traffic collisions in San Diego jump by 117 percent – more than double the number for a typical Sunday this time of year – according to the Auto Club of Southern California. Nationally in 2012, alcohol played a role in 43 percent of the traffic deaths on Super Bowl Sunday and the next Monday morning, according to the National Highway Traffic Safety Administration (NHTSA).

No one is exempted from the tragedies that drunk drivers can cause on a Super Bowl Sunday – not even the stars of the game themselves. After NFL tight end Delanie Walker played in the 2013 Super Bowl in New Orleans, he was informed that his aunt and uncle, Alice and Bryan Young – who had watched the game from the stands – were killed by an allegedly drunk driver as they traveled home from the game. Walker now works to educate others about driving under the influence. He says, “I just want to make people more aware through my story.”

HOW MANY DIE NEEDLESSLY?

If an intoxicated or distracted driver injures you on Super Bowl Sunday – or on any other day – it is imperative to discuss your legal rights and your options as quickly as possible with a good personal injury lawyer, and in the San Diego area, with an experienced San Diego personal injury attorney. Drivers and their passengers who are injured by drunk drivers have the right under California law to be thoroughly compensated for their medical care, their days lost from work, and for all of their all additional expenses and losses resulting from the injury or injuries.

However, to win the compensation that is legally yours, you first must prove that you were injured and that the other driver was responsible for the accident and for your injuries. That will require the legal advice and services of a good personal injury lawyer. However, if you were seriously injured, and if the defendant in your personal injury case failed a DUI breath test or is found guilty of driving under the influence, that test failure or conviction can serve as powerful evidence in your favor.

Driving under the influence is the most-charged crime in the state of California. On average, more than 450 DUI charges are filed every day in this state, so when you drive on California’s streets and highways, it’s more than likely that an intoxicated driver is on the road along with you – but it’s almost twice as likely on a Super Bowl Sunday. If you are out driving on the day of the Super Bowl, keep these five safety recommendations in mind:

Motorists in every state are legally intoxicated when their blood alcohol content (BAC) levels reach or surpass 0.08 percent. When intoxicated motorists are responsible for accidents with injuries, they can be criminally prosecuted, and a drunk driver who injures someone else may also be targeted for a personal injury lawsuit. If you are injured by a drunk driver on Super Bowl Sunday or at any other time, discuss your case and the possibility of a lawsuit at once with a good personal injury attorney. Your attorney can negotiate a favorable agreement on your behalf, and if that agreement turns out to be unavailable through negotiation, your attorney will take your case to trial.

WHAT SHOULD YOU DO FIRST?

If you are involved in an accident with a drunk or otherwise negligent driver, obtain medical treatment first, and also obtain treatment for any others injured in the crash. Call the police and arrange to receive a copy of the accident report. Get the other driver’s contact information and insurance details. If the other driver is injured or intoxicated and cannot help you, ask the police to help you obtain the insurance information you need. Also get the names and contact information of any eyewitnesses, and take as many photographs as you can of your injuries, the damage to the vehicles, and the crash site. Good photographs are often powerful evidence in personal injury cases.

After you’ve been injured by a drunk or otherwise negligent driver, you may be offered a quick settlement. Do not agree to it. Typically, what an insurance company will first offer you is an amount far less than your claim is genuinely worth. Even more importantly, by taking a quick settlement, you may waive the right to any additional damages or legal action should you need more medical treatment at a later date. A disabling or catastrophic injury will require the maximum available compensation – and a personal injury lawyer who knows what it takes to win that compensation on your behalf. Don’t even speak to an insurance company or an insurance representative before consulting first with your personal injury attorney.

HOW WILL AN ATTORNEY HELP?

If you have a personal injury claim and you choose with your attorney’s help to move forward with it, you’ll probably not even have to go to court. Over ninety percent of all personal injury cases are settled in out-of-court negotiation sessions between attorneys for the two sides. An experienced personal injury lawyer is an experienced negotiator who will advocate aggressively for the compensation and the justice that you need and deserve. Still, the choices are all yours. Your attorney will explain the advantages and disadvantages of filing a lawsuit in your own situation. If you move forward with a personal injury lawsuit, your attorney will gather and secure evidence, interview witnesses, and may consult with medical authorities and crash reconstruction experts to gain their insights and assistance with your case.

Of course, the most important driving safety rule is the one that must be repeated time and again: Don’t Drink and Drive. And on Super Bowl Sunday, even if you are sober and cautious, that may not be enough. Ultimately of course, there’s no absolute, final, fail-safe way to keep an impaired driver from injuring you and your passengers. If despite your very best efforts, you are injured by a drunk or otherwise negligent driver, take action at once. Evidence can disappear or be corrupted. Witnesses’ memories can also fade fast, so you must speak as quickly as possible to a good personal injury lawyer after any accident with injuries, and in the San Diego area, contact an experienced San Diego personal injury attorney without delay.