What Are The Different Types of Drug Charges?

Anyone who has watched a couple episodes of a cop TV show or loves a good drug bust movie is familiar with some of the lingo used in drug charges. Paraphernalia, possession, drug trafficking; we have heard all of these terms uttered by our favorite grizzled veteran cop or begrudgingly loveable antihero. However, do you know what all of the different types of drug charges are and what exactly they mean? The Law Offices of Elliot Kanter in San Diego specializes in criminal defense for drug charges, and we can explain the most common types of drug charges. 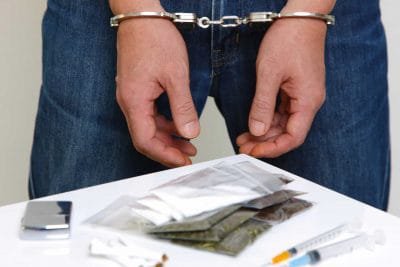 Drug trafficking is when an individual sells, transports, or imports illegal drugs and the charge is a felony conviction. The more serious charge for trafficking vs. manufacturing charges is usually due to the amount of drugs involved in the charge, as trafficking charges usually involve substantially more drugs. The sentence for drug trafficking can be anywhere from 3 years to life in prison.

Drug dealing charges occur when an individual sells illegal drugs on a smaller scale. The difference between a drug dealing and trafficking charge differs from state to state, with drug dealing usually consisting of a smaller amount of drugs.