How Are Drugs Smuggled Into California? What You Should Know

Over the years, our law firm has seen many different cases involving the smuggling of drugs into California, and our attorneys have defended the rights of clients who have been accused of drug smuggling.

Drug distributors use a variety of different tactics to smuggle drugs across the U.S./Mexico border. These tactics often involve people who are hired, groomed, or coerced into moving these drugs illegally into California and the United States.

Here is an overview of a few common techniques and strategies used by drug distributors to smuggle their goods into the United States.

Drug smugglers often use small, fast, and quiet boats to move drugs into California from Mexico by sea. These boats can be loaded with very large quantities of illegal substances including marijuana, cocaine, heroin, and more.

Coast Guard boats and other patrols frequently patrol the waters between California and Mexico, but it’s still typically easier for smugglers to sneak into the country compared to making a border crossing by road.

This is becoming more common as electronic, airborne drones become cheaper, faster, and able to carry heavier loads. Drones are nearly silent and hard to detect at night, and can be flown across the border from Mexico to the United States while carrying payloads of illegal drugs.

While many of them have been discovered by United States Border Patrol Officers, there are still quite a few hidden tunnels between the United States and Mexico. Drugs may be driven through these tunnels in vehicles, or moved on foot, depending on the size and type of tunnel in use.

Drug “mules” are people who are typically forced or coerced into swallowing packets of drugs, often contained in condoms or balloons. In some cases, they may not swallow the drugs, but may use special clothing or other strategies to smuggle drugs, such as hiding drugs in a hollow prosthetic leg or taping drug packets to their bodies.

Then, they cross the border from Mexico into the United States. Once they reach the U.S., the drugs they carry can be retrieved by drug distributors and sold on the market.

Despite inspections by the U.S. Customs & Border Patrol, drugs are often smuggled into California in vehicles. They may be carried in luggage or other bags, but more often are hidden by packing them into body panels, attaching them below the vehicle, or using other such strategies to avoid detection by law enforcement.

Accused Of Drug Smuggling? Get Help From The Law Office Of Elliott Kanter

If you need a San Diego drug smuggling attorney to protect your rights and defend you in court, Elliott Kanter is here to help. At our office, we represent people who have been forced into acting as drug mules and have been accused of drug smuggling and distribution.

‍
Drug smuggling, particularly across the border, is a serious crime. So don’t wait. Get the skilled representation you need from The Law Office of Elliott Kanter. Contact us online or give us a call at (619) 231-1883 to schedule a consultation now. 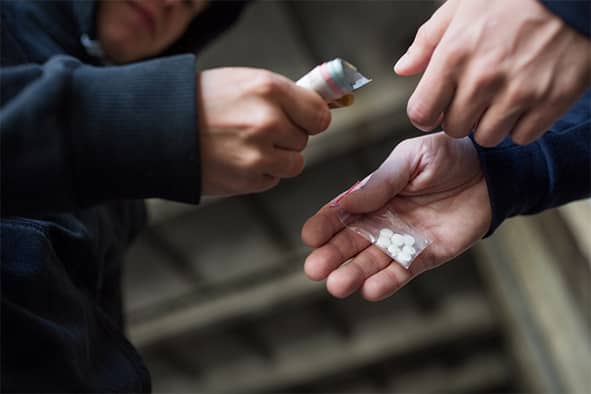 Can You Be Charged With Conspiracy for Drug Crimes? 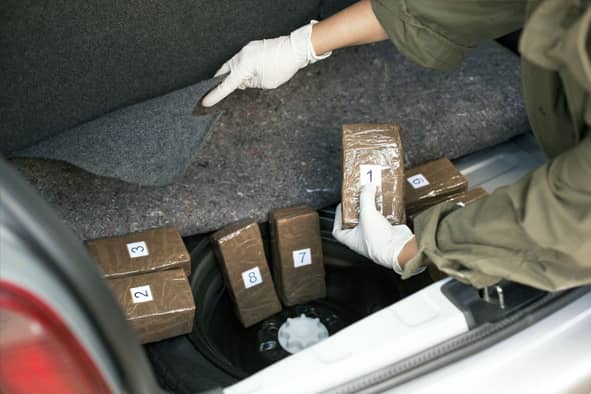