Can The Police Search Your Phone in California? 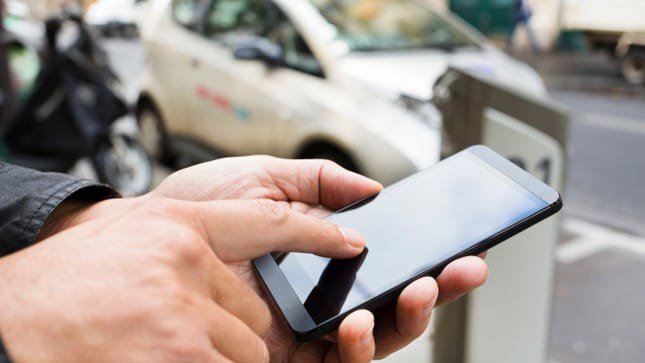 The United States Constitution guarantees certain legal rights to everyone in this nation, and all of us should know precisely what those legal rights are. For example, if you are stopped in traffic by a police officer and the officer asks to search your cellphone, what’s the right answer? More than ninety percent of us now have cellphones in the United States, so it’s an important question for everyone, and the recent misuse of a cellphone’s contents by particular police officers makes the question even more important.

“Cellphone users have stronger privacy protections on their phone, both technically and legally, than ever before,” according to Hanni Fakhoury, a staff attorney for the Electronic Frontier Foundation, a San Francisco-based non-profit that is, according to its website, “defending civil liberties in the digital world.” Fakhoury added that although cellphone users have strong privacy rights under the law, “people need to know their rights, and police need to respect them.”

The legality of cellphone searches became a matter of public concern in California back in 2014 when a CHP Officer, Sean Harrington, pled “no contest” to charges of stealing and distributing lascivious cellphone photos of a female suspect. Harrington received a 180-day suspended jail sentence for two felony computer theft charges. Although he served no jail time, Harrington’s law enforcement career is almost certainly over.

WHAT DO THE COURTS SAY ABOUT CELLPHONE SEARCHES?

So, can the police really search your cellular phone? According to the United States Supreme Court, the police may only search your cellphone if they have your consent – or a warrant. Only two years ago, in Riley v. California, the Supreme Court unanimously determined that the warrantless search and seizure of the digital contents of a cellphone during an arrest is unconstitutional. The justices reasoned that a cellphone’s data is not suspect to a search by law enforcement  as established by Chimel v. California in 1969.

In that case, the Supreme Court ruled that if the police arrest someone, they may conduct a warrantless search of the person and “the area into which he [or she] might reach” in order to protect themselves or to protect material evidence of a crime. Chimel v. California establishes the right of law enforcement officers to search a suspect and the area within a suspect’s reach. However, Riley v. California recognizes that a cellphone isn’t a weapon – it’s more like a set of personal information files.

The unanimous ruling in Riley looks to be applicable to searches of a variety of digital technology such as tablets, watches, or other portable digital products. Chief Justice John Roberts wrote: “The fact that technology now allows an individual to carry such information in his hand does not make the information any less worthy of the protection for which the Founders fought,” Roberts concluded. “Our answer to the question of what police must do before searching a cellphone seized (during) an arrest is accordingly simple – get a warrant.”

WHAT HAPPENS TO YOUR PHONE IF YOU ARE ARRESTED?

When someone is placed under arrest, that person’s cellphone and other personal items like keys, wallets, and purses are held up to when the accused is released. Law enforcement officers may keep a phone they plan to search until they secure a warrant. Jim Dudley,a retired deputy chief of patrol and criminal justice speaker at San Francisco State explains that “You don’t want somebody in custody to have a phone. They can contact a confederate or destroy evidence.”

There are a few legal ways that the police can look through a cellphone: with the owner’s consent, with a warrant, or if the owner is on parole or probation and the terms of the parole or probation allow for a warrantless search. “If they obtain the suspect’s consent, then the police can absolutely search,” said Fakhoury. And there’s also an exception. The police can search a cellphone in spite a warrant if there’s reason to believe that evidence will be eradicated or that a life is in danger. If you believe that your phone has been illegally searched in southern California, discuss the incident with an experienced San Diego criminal defense attorney.

This issue of cellphone searches actually came up, ironically enough, in the Sean Harrington case. The Contra Costa District Attorney’s Office seized the phone of Officer Hazelwood. According to court records, investigators believed that Hazelwood had received stolen photos via Harrington. Hazelwood declined to consent to a search of his phone, so prosecutors pursued a warrant.

“Based on the evidence I had reviewed, I believed Hazelwood’s phone could contain evidence of a felony,” Contra Costa District Attorney’s Office inspector Darryl Holcombe wrote in a request for the warrant. “Furthermore,” wrote Holcombe, “I believed that since Hazelwood was aware, or would soon become aware of the nature of the investigation, any evidence related to the felonies … on the phone might be lost should it not immediately be seized and preserved pending the issuance of a court order.”

Following the warrant approval, Holcombe looked through the phone and came across obscene images to Hazelwood via Harrington, as well as lascivious texts among the men about the suspect’s images. In the Hazelwood warrant request, the Contra Costa DA inspector was specific, asking the judge for permission to review photographs of two female suspects, texts in which CHP officers discuss the photos, and “contextual data.” The request included a nine-page affidavit in support of the search.

WHAT IS REQUIRED FOR A SEARCH OF YOUR CELLPHONE?

Most of these kinds of incidents could be described as “fishing expeditions,” because if the police genuinely believe that your cellphone has evidence they need, they’ll get a warrant. In southern California, an experienced San Diego criminal defense attorney can explain more to you about cellphone searches or defend you if you are charged with a crime on the basis of evidence found in your cellphone.